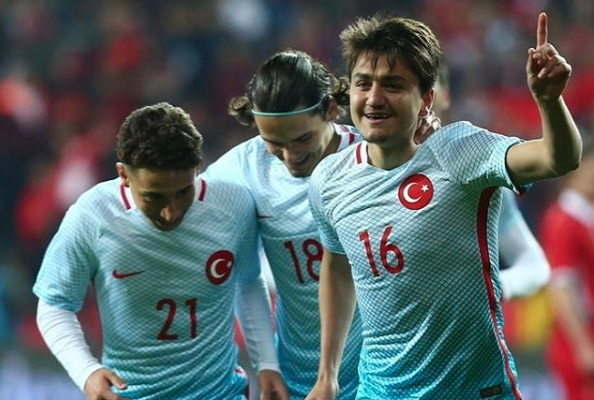 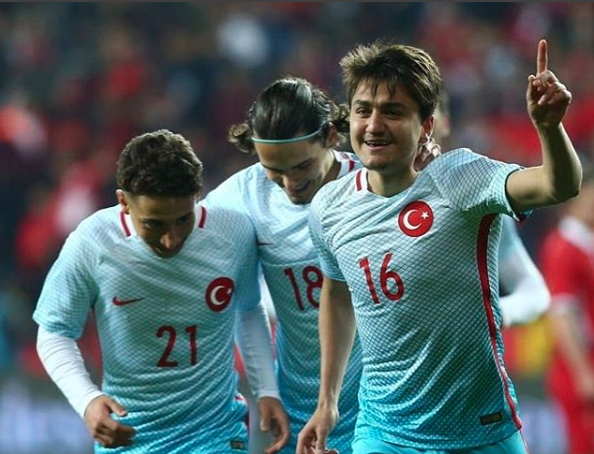 The Grand National is on next week and while we were scouring sites like onlinebettingoffers.com for the best offers for our annual attempt at picking an underdog we wondered what the odds were for Turkey to win the 2018 World Cup.

On paper Turkey beating Finland was the more important considering it was a 2018 World Cup qualifier but we are going to focus on the Moldova game.

Beating Moldova did not exactly come as a huge surprise

, what did however, was that Turkey national team head coach Fatih Terim picked a team with an average age of 23.

Terim gave us a glimpse into the future. A future of flamboyant, fast paced, technical, aesthetically football. One perhaps worth a cheeky punt with odds ranging from 100 to 251 – decimal odds – to lift the World Cup.

It was perhaps the first time since the 2002 World Cup that I watch a Turkish national team side playing an attractive brand of football that genuinely looked capable of taking the Crescnet-Stars to the next level.

Mor did not take long to get off the mark, scoring his first goal for Turkey with dare I say it, a Messi like first touch to bring a fast paced ball under control before effortlessly going around the keeper and finding the back of the net.

The former Arsenal man has started to attract interest from his former club but considering he is likely to win back-to-back league titles and compete in the Champions League for the second season running he may just decide to stay put for the time being.

Twenty-three year old Galatasaray defender Ahmet Calik netted the second in what was his first goal for Turkey.

Deportivo midfielder Emre Colak provided him with the assist from a corner.

Ünder also ended up scoring his first goal for Turkey with a rocket of a shot from range.

Unal did not get on the scoresheet but was widely praised for his display. The striker on loan at FC Twente held the ball up well, created space for his teammates and was a nuisance from aerial balls.

Twenty-three year old Okay Yokuslu also deserves a mention, the holding midfielder put in a commanding display, bossing the midfield and making a strong case to keeping his place in the team.

The so-called first team was not missed. In fact the performance left you wondering why they are even considered the first team. Beating Moldova may not exactly be a major achievement but it was the manner of victory and bold style of play that stood out.

Moldova may not be world beaters but this is a Turkey side that struggled against sides likes Kosovo, Kazakhstan and Belarus in the not too distant past.

The current first-team is simply too slow, static and immobile to compete at the highest level. A generation lost to the foreign player ruling. On paper the restrictions were supposed to raise the quality of Turkish players as teams were forced to play them. In reality it created an artificial bubble which saw average players transferred for ridiculous fees and paid astronomic wages. Overpaid players with little competition had no reason to develop or join clubs abroad. Foreign clubs would simply not pay those players what they were making in Turkey.

It is time for the lost generation to hang up their boots. The next wave of Turkish players could end up being the best we have ever had. Factor in the likes of Trabzonspor wonder-kid Yusuf Yazici, Arsenal target Berkay Ozcan and Manchester United target Merih Demiral who have not even made the senior side yet and 20-year-old Freiburg defender Caglar Soyuncu and you have a side that are already superior in quality to the so-called first team.