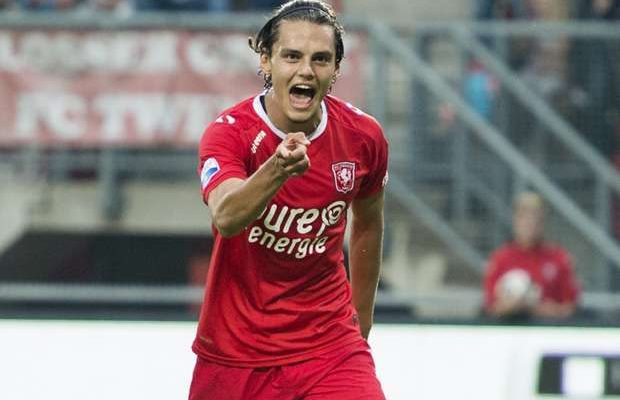 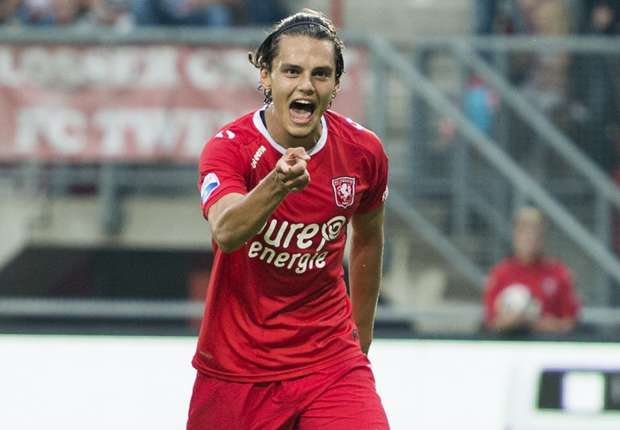 At just 19 years old, Enes Unal has to live up to a big reputation. Already a Turkey international, contracted to Manchester City and enjoying a good season on loan at Twente in the Eredivisie, the expectation surrounding him is always growing.

By now, Unal must be used to it. From the very start of his career a hype has surrounded him that he has enhanced with his gift for making an immediate impact.

After rising through Bursaspor’s youth academy, he made his first-team debut at 16 when he came on in a league game as his side trailed 1-0 to Galatasaray. Within moments he had his first goal and earned a point for his side. Although not a regular starter there, he scored just four goals in 35 Super Lig appearances over two seasons, he was already shining for the Turkey U16s, scoring an incredible 25 goals in 24 games. He was still 15 when he moved up to the U17s national side, where he got nine in 12. Such ruthlessness prompted City to come calling and he signed in July 2015 for around £2 million.

While he rocketed his way up the ranks at national team level, making his debut for Turkey’s senior side at 17, things at club level began to slide. The Bursa-born striker had a poor spell on loan in Belgium at Genk in the first-half of last season, but spent the remainder in the second tier of Dutch football with NAC. He was a long way from the glory of upsetting Galatasaray or sharing a dressing room with Premier League stars, but he settled in quickly. Whereas he had found the target once in 12 games in Belgium, he had nine in 11 by the close of the campaign across the border.

“In the first training session we saw immediately that he possesses special qualities,” NAC coach Marinus Dijkhuizen said of him. “Also, he is highly inquisitive. He was the first on the field and was the last out. 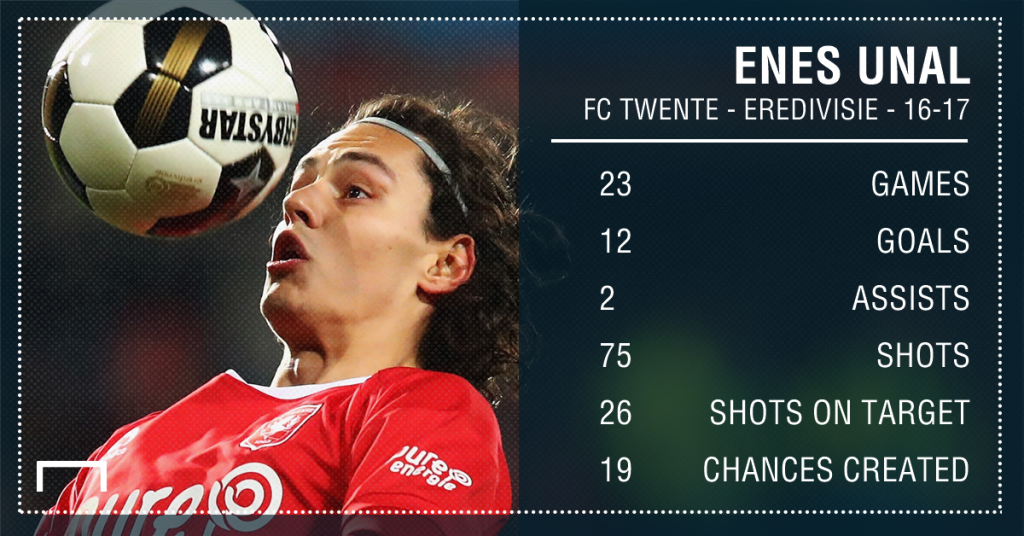 Clearly playing below his level, he was moved up a league to Twente, where he has found the challenge tough but manageable.

Again he made a great first impression, announcing himself on his maiden start with a hat-trick in the first-half of a 4-3 win over Groningen – two stunning strikes and a superb acrobatic volley after controlling it with his chest. He is now on 12 in 23 matches in the league.

Pep: No trophies would be a failure

Unal makes use of himself as a target man, getting into aerial duels and fighting for loose balls. With a good touch and change of pace, he is most effective when he has space to work with or to run on to quick passes – perfectly illustrated when he bent his run and lost his marker to take on a through ball and upset PSV.

“I always work hard to score, choose positions and be able to shoot with my left or right foot,” he told Fox Sports. “I just need to find the right position. If I get playing time and the positions come then I know I can score.

“I want to be a complete striker. I’m fast, maybe not the fastest, but I’m strong and I think a particularly deadly and effective striker. If I can take the ball to the penalty area or around the box, then I can score.”

In such cases, he is lethal, but Twente build up a bit too slowly for him and teams with sturdy defences find it easy to keep the tall forward quiet when they mark him heavily. When the space is limited he disappears, as was evident through his run of six games without a goal – getting just one shot on target in the entire period. He has around as many shots blocked as he gets on target

, and of course the same off, which supports the idea that there is something raw and unfocused about him, but it also backs up the idea Twente aren’t making good enough chances for him.

He ended his goalless streak against ADO Den Haag with a sublime effort, taking advantage as his markers were caught on the backfoot, allowing him to quickly send it past the goalkeeper from the edge of the box. But such opportunities were rare as centre-backs Wilfried Kanon and Tom Beugelsdijk paid special attention to him. He followed that up with another wonderful effort last week against Willem II, again punishing centre-backs for backing off as another shot from distance flew in, proving to be a key moment in the 2-1 win.

The pretenders to Kante’s crown

Twente have players that complement Unal, as he is supported on either wing by fellow Manchester City loanees Bersant Celina and Yaw Yeboah. Playing on the left, Celina is the more active of the two. He offers support out wide when needed but is a good direct threat and creates more chances when he dribbles inside. He is the most effective player in the team behind Unal with four goals and two assists. Yeboah is more lightweight and although he is nifty and skilful, his game lacks end product.

The impact of Mateusz Klich, signed from Kaiserslautern to replace current Ajax star Hakim Ziyech, has been big too, as he pushes on from central midfield to carve out chances and has contributed five goals.

They combine to provide a lot for Unal, who does his fair share by scoring excellent and often important goals. The combination with those around him and the work of Kamohelo Mokotjo, Stefan Thesker and Hidde ter Avest has been key in Twente rising to sixth in the table as they look to overcome a disastrous spell on and off the field. The loss of Ziyech was expected to hit them hard, but Unal’s decisiveness has gone a long way to ensuring otherwise.

Luckily, the athletic and aesthetic striker is getting back on form at the right time too. His side are unbeaten in four games and take on second-placed Ajax in Amsterdam on Sunday. Twente won the earlier game, but Unal was kept quiet other than a good match up against Davinson Sanchez in which he showed his strength on the ball, only to see the chance snuffed out.

The Turkish star has made good use of his opportunism this term, especially in the last two games, and he will need to do so again as chances will be rare. Ajax are desperate to avoid further slip ups after last week’s draw at Groningen as they chase leaders Feyenoord and will dominate the game, but Unal can make himself vital in counter attacks.

Much of the attention will be on Twente’s former star Ziyech, the integral figure in Ajax’s attack looking to keep their title hopes alive, but Sunday’s game gives Unal the perfect chance to further enhance that glowing reputation and make an impact for his team and even on the title race.