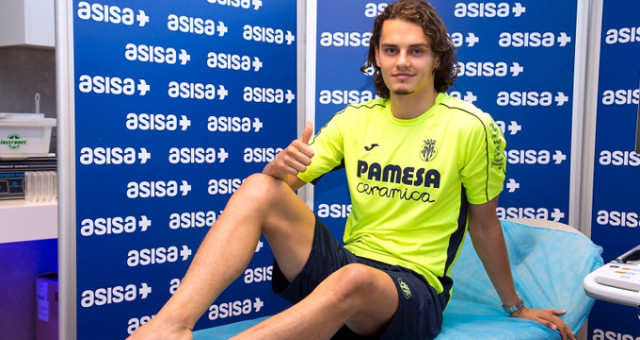 Villareal have signed 20-year-old striker Enes Ünal from Premier League side Manchester City on a five-year deal, the La Liga club announced on May 31.

Turkey international Ünal joined City in 2015 and was loaned out to Belgium side Genk and Dutch side NAC Breda before a season-long loan spell at FC Twente for the 2016-17 campaign, where he scored 19 goals in 33 appearances.

The deal is worth 12 million pounds ($15.44 million) with City, including a buyout clause in the youngster’s contract worth 17.5 million pounds ($22.52 million), according to media reports.

Manchester United striker Zlatan Ibrahimovic, meanwhile, will hold talks to extend his stay at the Premier League club despite receiving offers from other clubs, the 35-year-old’s agent Mino Raiola has said.

Ibrahimovic joined United on a year-long contract before the 2016-17 campaign and was vital to their League Cup and Europa League triumphs, scoring 28 goals in 46 appearances before sustaining a season-ending knee injury in April.

“He wants to stay in England

, he wants to stay at the top and if he sees that he can be a valuable asset for Manchester United, then why not Manchester United?” Raiola told British radio broadcaster TalkSPORT on May 31.

“He can be a valuable asset for some other top clubs also. But I think it is respectful to talk to Manchester United and to see what all parties want.”

Raiola said no talks had been held so far as the striker looks to recover from his injury.